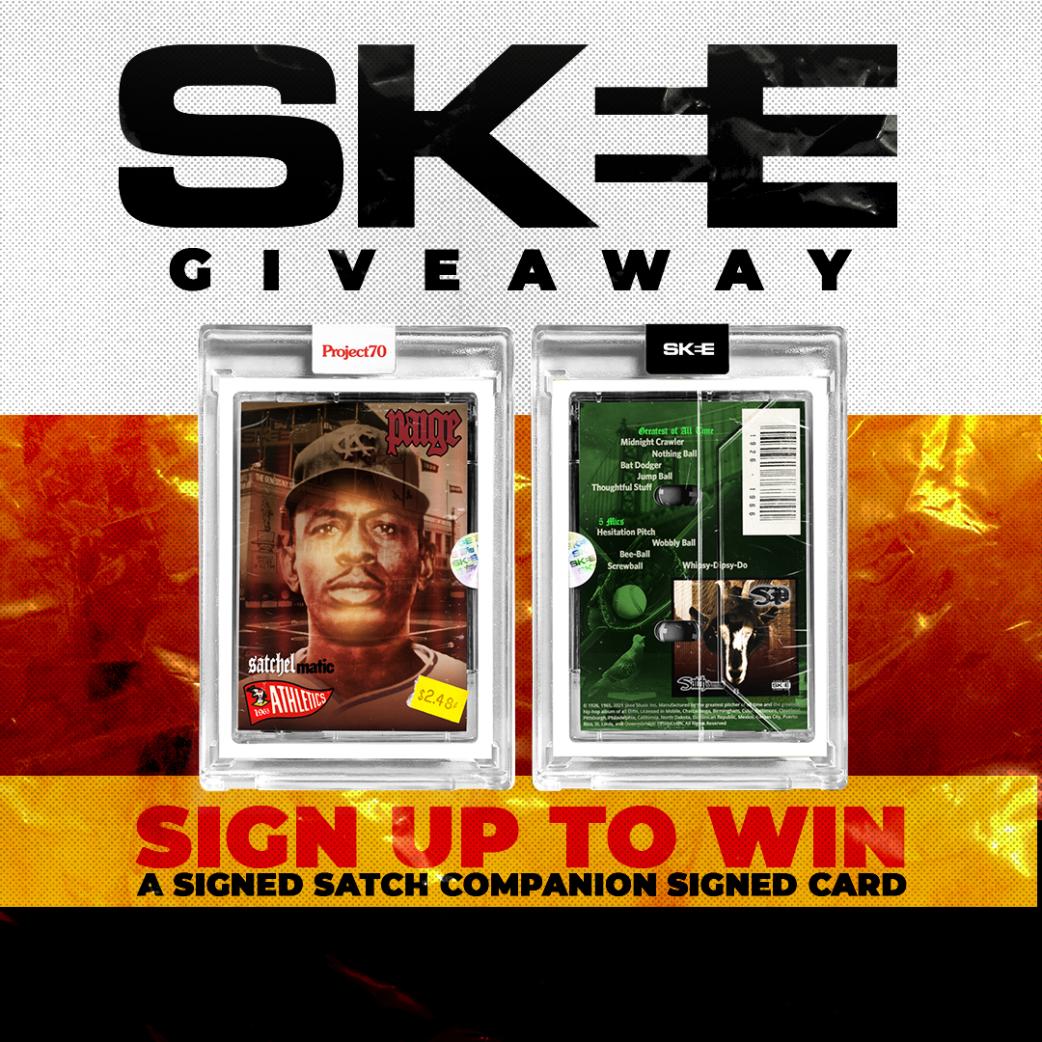 Welcome to the Satch Companion Giveaway!

The Satch Companion signed by Skee card is a highly prized card, and wanted by card collections all-around the world.

An avid collector, DJ Skee built an empire by consistently identifying the next trends in music and culture first. As a DJ, Skee is best known for introducing the world to artists including Kendrick Lamar, Lady Gaga, Post Malone, Travis Scott, and more on his TV and radio platforms. Skee has produced for defining artists of this era ranging from Snoop Dogg to Michael Jackson and composed music for top selling video game series like HALO and Ghost Recon. As a performer, Skee has opened up and held residencies at high-profile clubs and venues globally, including XS at the Wynn/Encore in Las Vegas and US Bank Stadium in Minneapolis. Skee has been honored with numerous awards and accolades including Mixtape and Radio DJ Of The Year, Billboard and Forbes “30 Under 30,” as well a mayoral proclamation in his hometown of St. Paul Minnesota, declaring May 26th “DJ Skee Day.”

& to show how it lines up with the original base P70 version... pic.twitter.com/bVERgkEpCf

For a chance of winning the B23 Companion card, all you need to do is take part in the giveaway widget below. To get started, simply enter the contest with your email address and join our Discord community.
Once you have entered, you’ll have the opportunity to gain additional entries by completing various actions, including visiting Skee’s social media channels and sharing the link.
You are entitled to complete as many actions as you like, each action offers a unique number of entries and each entry has the potential to be the winning one.
This Satch Companion giveaway is a USA-ONLY contest and will close promptly at 12:00 pm EST on April 8, 2021.
Enter now for a chance to win a BR3 companion card.